Who Can Witness An Arizona Will? 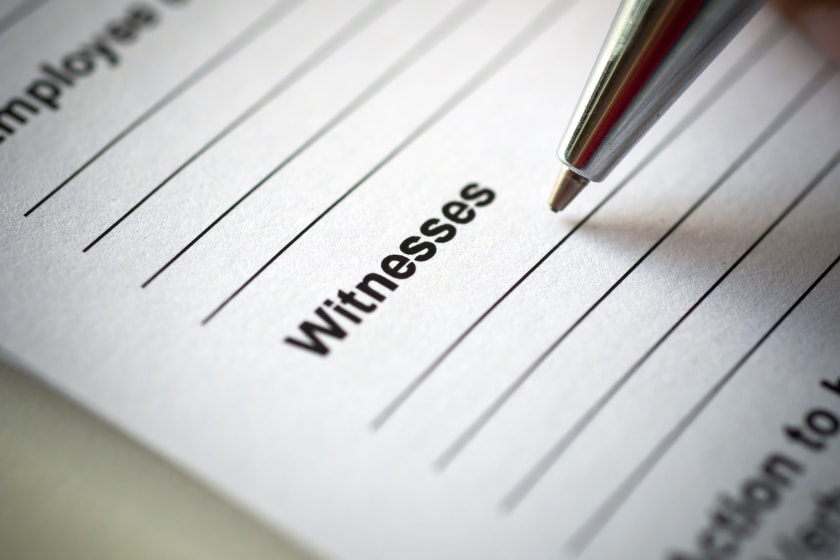 We sign important documents throughout our adult lives – employment agreements, rental contracts, marriage licenses and so on. Some of these documents must be signed before a government official or notary public. A Last Will and Testament, one of the most important documents you will ever sign, requires two witnesses. But do you know who is allowed to witness an Arizona Will?

Requirements Of A Witness

Someone who witnesses the signing of a Will in Arizona must be “generally competent to be a witness.” Usually, anyone eighteen years of age or older and of sound mind is considered a qualified witness.

It’s also best that the witnesses be “disinterested.” In other words, they should not be beneficiaries or have any interest in the estate of the person signing the will (the “testator”). Arizona law does not invalidate a Will when an interested party serves as witness, but it’s best to avoid using witnesses who have a stake in the outcome of your estate.

Duties Of A Witness

Witnesses must be present when a testator signs a Will. By signing the Will, a witness is stating that:

A testamentary affidavit, or self-proving affidavit, is signed by the testator and the witnesses before a notary public, and attached to the Will. This affidavit affirms that:

Procedure For Executing A Will

At Keystone Law Firm, we hold a signing ceremony. When a Will is ready to be executed, the testator and witnesses gather before our notary public. This can be done anywhere, in an attorney’s office or someone’s home. It’s best to do it in a quiet place.

After the notary public has sworn everyone in, the testator should spend a few minutes going over the Will. If the Will is acceptable to the testator, it’s time for everyone to sign. Either the notary, the paralegal or the attorney will ask a few important questions. Everyone signs where indicated and the Will has now been executed.

Call For An Appointment

Not sure if your Will is up to date or just have questions about the whole process of making or witnessing a Will? At Keystone Law, we have the experience to help you. Call us at (480) 418-8448. We offer services for clients throughout Arizona, including Chandler, Gilbert, Sun Lakes, Tempe, Phoenix, Mesa, Scottsdale, and Apache Junction.